We must unlock sustainable value to protect biodiversity, people and planet

The new VP of The Giants Club, Gagan Gupta, on the urgent need for a green revolution in Africa.

Gagan Gupta, the founder of ARISE Integrated Industrial Platforms, a pan-African infrastructure developer, has become Vice President of the Giants Club, an initiative of international conservation charity Space for Giants.

The Giants Club, which the Independent’s Evgeny Lebedev is the patron of, brings together political leaders, scientific experts and philanthropists to preserve Africa’s iconic landscapes to protect the biodiversity that is fundamental to climate resilience, livelihoods and the planet’s health.

Gupta says “Space for Giants is a pioneer of environmental conservation in Africa. The pace of climate change, the continent’s population boom and economic activity put unprecedented pressure on biodiversity. I am convinced that the private sector in Africa is a key stakeholder in conservation-led development and the fight against climate change. I hope that by joining, I can humbly contribute to the Giants Clubs’ current work and step-up action to mobilise investments in conservation and create new conservation areas across the

With African landscapes under extreme pressure, Gupta recognises the urgent need to adopt a sustainable path forward. As founder and CEO of ARISE IIP, a developer of industrial ecosystems across the continent, Gupta is a passionate advocate for sustainability and collaborative expansion of economies across Africa.

“There is a widespread view that opposes the need to protect our wildlife and our biodiversity with the pursuit of economic growth. We need to reconcile these two objectives by finding new ways to create sustainable economic value from our unique natural resources, to fund their conservation for generations to come.”

The Giants Club, and Space for Giants, devise and implement a range of initiatives to support African governments to protect their natural resources while encouraging economic development, such as attracting private investment into carbon sinks.

Gupta says “The Giants Club speaks with one voice on these issues and has become a unique platform to advocate at regional and global levels. As a result, sustainability now lies at the core of most business strategies, including ARISE IIP.

“Yet, there is not and cannot be a one-size-fits-all approach. Each market must consider the realities of its local population, its exposure to climate change, its economic landscape, its natural resources endowment, among many other factors, to deliver transformative and sustainable benefits.”

Gupta has twice been nominated at the African Business Awards for his work in Gabon and was awarded the highest civilian order award by the Government of Gabon. The West African nation is a global leader in conservation, with world-leading climate change laws.

“Gabon is a steward of climate policies,” says Gupta. “The country has invested heavily in the protection of its ecosystems and we had the opportunity to support them in this effort.

“Gabon is working towards having 100% of its forests FSC certified by 2025. That means that when you choose to buy timber from Gabon you know that it’s ethically sourced, legal, sustainable, promotes biodiversity conservation and contributes to the fight against global climate change. This did not happen at the expense of economic diversification and industrialisation. I am convinced this model can be replicated in other African countries, particularly in the Congo Basin, and beyond.

“The agreement signed at COP 26, which provides for an investment of more than USD 500 million to protect the DRC’s forests, shows a move in the right direction. I am hopeful that other similar initiatives can be launched in other countries, and it is up to us, the companies, to contribute to this through partnerships and funding.

“As VP of the Giants Club my goal will be to carry out the objectives and agenda of the Club, working on proposing solutions to the problems already identified, whether technical or financial. We will also support countries on the ground to restore and regenerate their wildlife and natural resources.

“Sadly, the current outlook is bleak. Our collective efforts are currently insufficient. More companies need to integrate climate risk and net-zero ambitions into their operations. Fortunately enough, the COVID-19 crisis allowed us to realise that companies with integrated environmental, social and governance principles were performing better than the rest. I hope that this will convince more business leaders to choose the path of doing business responsibly and sustainably for the future of our planet.” 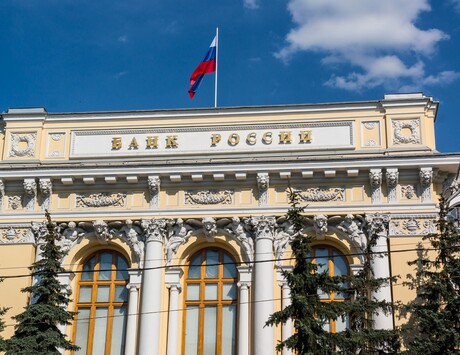