Such important work will require complex solutions, but they are out there

The world revolution of decarbonisation is well underway with more than $2.7trillion (£2trillion) invested around the globe in renewable energy technologies that would reduce carbon dioxide emissions and help tackle the climate crisis in the coming decades (meanwhile the so-called “Biden plan” on infrastructure assumes that up to another $4 trillion will be invested into the US economy by the end of the decade – with clean energy at its core).

The leading automakers commit themselves to eliminating diesel and gasoline engines by 2035 or even earlier, with China leading the world in producing up to 14.2 million electric vehicles between 2018 and 2023. Meanwhile, north Africa may become the largest area for solar energy production by the middle of the century.

Such changes may impact the global economy in a way comparable only to the first Industrial Revolution. The oil industry – which employs more than five million people worldwide – might become one of the most vulnerable in the wake of such profound transformation. Although global oil consumption is projected to reach 104.1 million barrels per day by 2026, producers now feel quite insecure, given the pressure over the environmental impact of the industry.

As to the question of whether the oil industry can become green, the answer seems so obvious. But we think that this is a short-sighted attitude. Oil is processed for a number of different tasks, with road transportation the largest area of use with 35 per cent of all oil ending up in diesel and gasoline. The importance of oil refining was recognised by famous Russian chemist Dmitry Mendeleyev more than a hundred years ago. He is credited with saying that “burning petroleum is like stoking the stove with banknotes” – and there is little doubt that even with the decarbonisation revolution, oil will still be used in large quantities.

The 21st century world will use not only less oil and gas, it will drastically reduce the use of metals, substituting them with bio-plastics and graphite. The overall use of plastics has increased from 50 million metric tons to nearly 360 million metric tons since the late 1970s and its rise will definitely not stop (today many innovators propose revolutionary techniques for recycling that might help tackle the islands of trash floating across the Pacific).

So the most important issue today is to limit the carbon footprint for the oil (and then for the oil-processing) industry. The task is bold but it can be solved. First of all we should say that oil processing needs a lot of energy for drilling and transportation (around 7 per cent of oil is used for pumping the rest to the production facilities and further to the final consumers). Here the main alternative might be hydrogen processed from natural gas: such technologies have been developed fast in recent years and the oil-rich nations are at the same time the largest natural gas depositors in the world.

The next step will be the renovation and modernisation of the global tanker fleet that has today a combined deadweight of 560 million metric tons and growing. These megaships were designed for giant diesel engines, but these might be substituted with electric ones (a small electric-powered tanker is already being built for offshore oil fields in the Caspian Sea). During the 2010s the shipping companies undertook several experiments suggesting fuel use may be reduced by half if the overall speed dipped by one third, and this opens huge chances for electric engines use which can be very effective at lower speeds.

Moreover, since three-quarters of global maritime oil shipments are concentrated on routes that pass between the 45th parallel north and equator – ie in the most sun-drenched part of the Earth’s surface – the solar panels covering the most part of the ships may push them towards being carbon neutral.

Another great challenge comes from production facilities. Once again, in some areas, the power of both hydrogen and/or solar energy might be used to improve the situation – building on the fact that solar energy cells have become much more effective in recent decades.

We have not mentioned the recycling industries, but many crucial breakthroughs are being made here as well, including the newest technologies of producing construction materials from used plastics that don’t require high-temperature processing and therefore need much less energy. And here too are wide opportunities for using green energy for turning plastic waste into recycled materials

The 20th-century sociologist Daniel Bell rightly observed that “a post-industrial society does not ‘displace’ an industrial society, or even an agrarian society [but] just adds a new dimension to a complex society” and the same might eventually be said about the commodity economy.

Oil and natural gas may remain important sources of value for many nations, but their extraction and processing can be modified – even if it involves complex solutions. 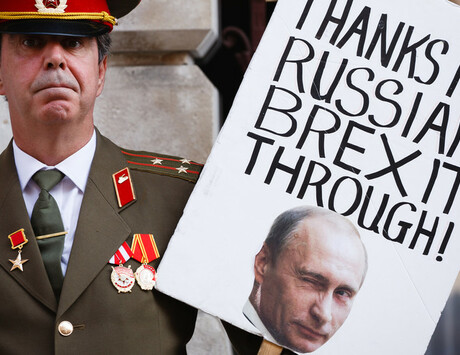 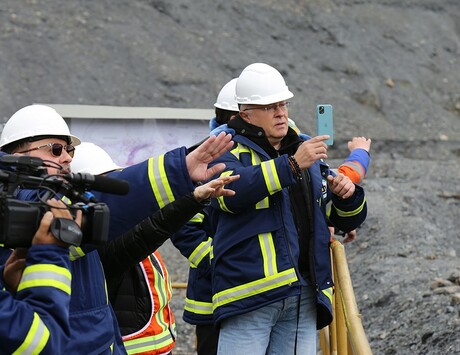 Kyrgyzstan is fighting fierce new...
When Sadyr Japarov became president of Kyrgyzstan, he pledged to tackle the corruption and grift of his predecessors. Now, the Central Asian former Soviet Republic is...
Статья / 22.07.2021
More details