Chelsea star Reece James backs Food for London Now appeal: Together we can put an end to this hunger crisis

England footballer Reece James called for Londoners to “try to put an end” to the city’s hunger crisis as he called for support for the Evening Standard’s Food For London Now appeal.

The Chelsea football star made the comments as he joined the Standard and its proprietor Evgeny Lebedev at a west London school to give out hot meals from our food truck alongside our charity partner With Compassion.

Last month, he also launched a fundraiser for his 21st birthday that helped secure more than £19,000 for our charity partner The Felix Project. The 21-year-old right-back joined volunteers at the Normand Croft Community School in Fulham — a short walk from Chelsea’s Stamford Bridge ground.

The primary school was part of The Standard’s 2017 Help A Hungry Child initiative, which led to 120 schools setting up market stalls where struggling local families could collect fresh food.

The stalls, with food supplied by The Felix Project, were set up in school playgrounds and helped parents who were struggling to provide their children with healthy food. Despite Covid-19, 90 of the market stalls remained open, continuing to give out food and acting as a lifeline for families.

Of these, 35 stayed open all through the summer holidays to meet the increased need. Some 25,000 schoolchildren each week received food thanks to our appeal.

Children from the ages of nine to 12 stood in line as James helped serve chicken, roast potatoes and salad from our state-of-the-art food truck, with a vegetarian option of provençale vegetable stew with quinoa also on offer.

Having grown up around people who lacked the “privilege” of having enough to eat at home, James said he wanted to use his position to combat food poverty. “A lot of people judge footballers on money, cars and so on. But this helps the community and people around them.”

Mr Lebedev said: “At just 21, Reece James is a champion sportsman and a truly public-spirited citizen. I laud him for having the courage to take the lead on such an important cause as hunger. I am proud to work with him.”

One recipient, Kyle, nine, who is a Chelsea fan, expressed his delight at Reece’s visit, telling the Standard he felt more footballers should follow in his footsteps. Zack, 10, who supports both Chelsea and Manchester United, was similarly proud of what James and Marcus Rashford are doing to combat food poverty, “so the Government will know more about what they are doing, and hopefully try to help”. 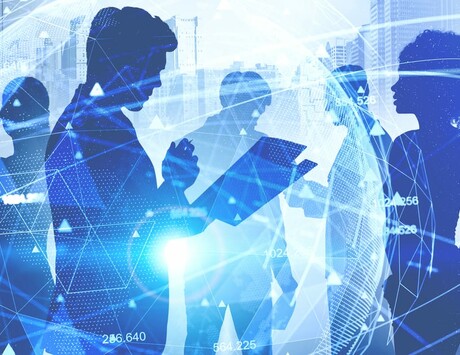